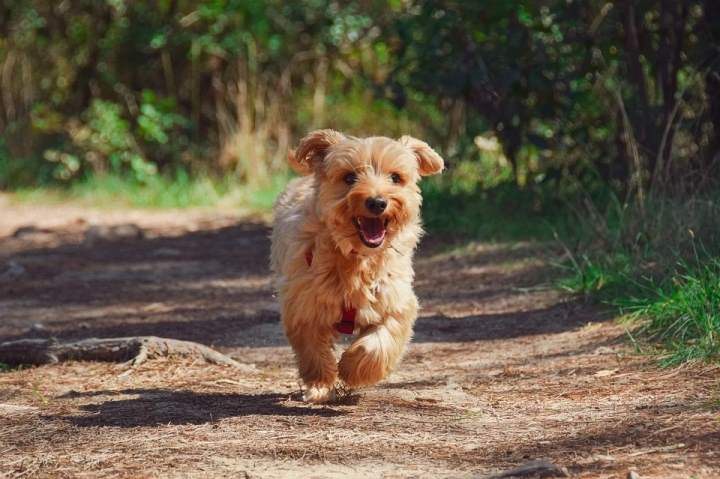 I remember when I was growing up, we lived in the suburbs and nearly everyone in the neighborhood owned a dog. The streets had little traffic and there was a decent amount of space between the houses and lots of woods and fields nearby for all to roam.

You could expect to see any of your friends’ dogs during the course of your travels during the day. It seemed more like the dogs belonged to the neighborhood, but each dog knew where to go for their dinner and when it was time to sleep.

When I turned 16 and began driving, I remember seeing my dog about a quarter mile or so away from our house and pulling over in the car to give her a ride home. From the look on her face I could tell she had a great day exploring the woods, chasing scents, and probably getting into a bit of mischief. She also looked glad to see me, since she was pretty exhausted. I knew she appreciated the lift. 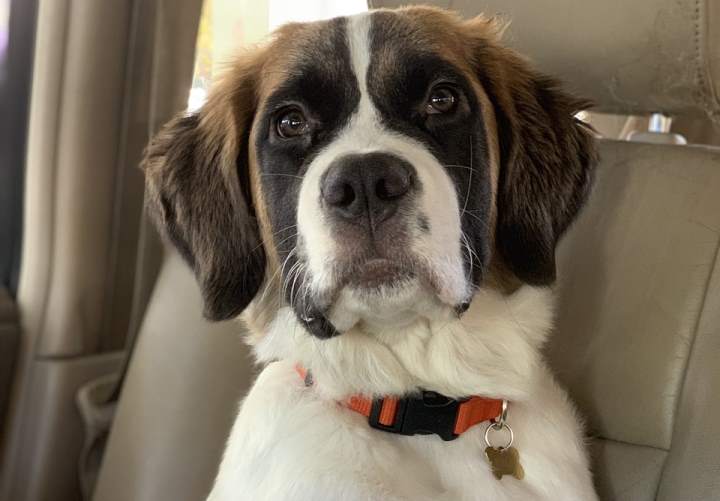 I look back on the days with fond memories. But, those days are over. The reality of today is that the streets are busier and more and more people are overly possessive about their space which doesn’t allow much sympathy for the roaming dog that knows no boundaries and doesn’t understand leash laws or the concept of pooper scoopers.

Heck, neighbors barely know each other anymore let alone their neighbors’ dogs. And, finally, thanks to irresponsible pet owners and our ever-evolving litigious society, we have to fear lawsuits associated with pet ownership. So, it is now understood (and legislated in most cases) that dog owners must have a reliable way to contain their dog within their own yard. I have to admit this is not all bad despite the rose-colored memories of my youth.

There are many options available to achieve this containment goal. The obvious include traditional fencing or just keeping your dog on a leash every time he or she is outside. Some people choose outdoor pens or tying the dog to a cable. There are benefits and drawbacks to each of these methods.

Finally, a method that is relatively new on the scene uses a radio frequency to establish a boundary for your dog (a.k.a. underground fences, wireless fences, or invisible fencing).

Lets take a quick look at some of the benefits and drawbacks to these methods.

This type of fencing can be very effective if your dog is not prone to climbing or digging, but it becomes ineffective if a gate is left open by mistake. This is also a fairly expensive containment option and is usually limited to only the backyard.

This is very restrictive to the dog and the cable option has the potential for harming the dog if he gets tangled. In most cases that I’ve seen, the dog stays in one spot in both of these situations, even when the pen is fairly large or the cable is long. Extensive use of these methods can cause stress to the dog that often translates to a variety of behavior issues. 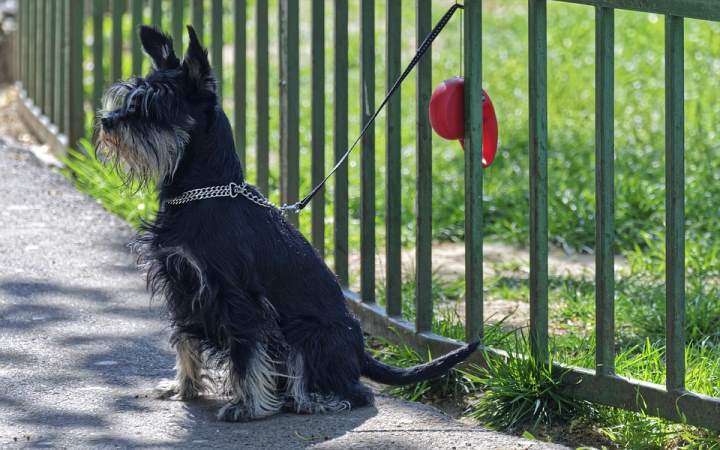 This option uses fairly basic technology to help you train your dog where his boundary is and provides an influential reason for him to choose to stay in his own yard.

Since everyone understands how the traditional methods work, I wanted to elaborate on the newest method and explain how it works while addressing some common questions.

Why an Underground Fence?

There are many reasons to choose this option for containing your pet. Most obvious is that in some areas of the country traditional fences our not allowed because a decision was made, by the Home Owner’s Association, to keep an open look to the area. But, even in areas that allow chain link or other traditional fences, an underground fence can still be a necessary or desired choice for the dog owner. Dogs contained with this method will not be able to dig under or jump over it, will have access to the front yard, and will stay contained even when a gate is left open.

The way this technology works is that a radio transmitter is installed inside the house, but on an outside wall. This transmitter is connected to the wire that is typically buried a few inches under the ground. This wire simply acts as the antenna for the radio transmitter and broadcasts a radio frequency in the vicinity of the buried wire (antenna).

The dog is wearing a collar (think of it as the radio) that is tuned in to the right station and it picks up the signal when it is close enough to the buried wire. When the collar picks up the signal, it gives a warning tone and then an electric stimulus – if the dog doesn’t choose to move away from the wire. With proper training, the dog quickly learns his boundaries and decides that he doesn’t want to receive the electric stimulus. Its that simple. Naturally, with any electronic device, there are a myriad of options and features that can be had, but the basic concept remains the same. The dog gets a negative stimulus if he carries his radio too close to the antenna.

There are several questions that people ask when they learn about this technology. The first is, does it really work? The answer is, absolutely. Most companies report success in over 99% of the cases. 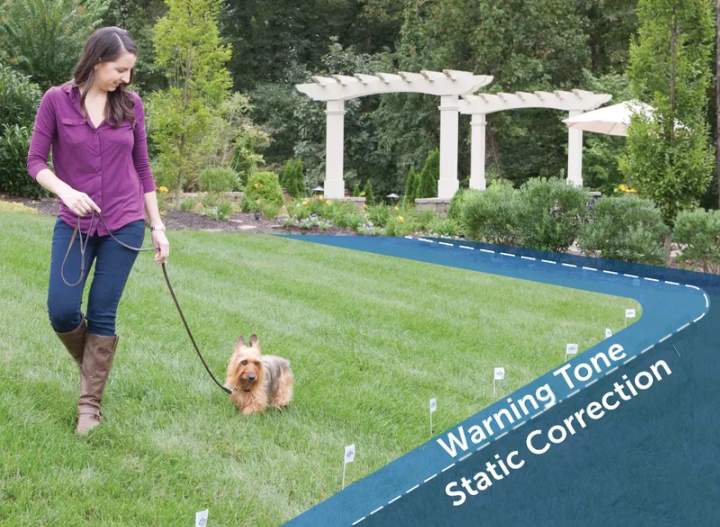 Well, this can easily be debated at length, but in my opinion the answer is a resounding no. Not because the negative stimulus (shock) isn’t unpleasant, because it is (if it wasn’t, it wouldn’t work!). What most people don’t know is that a properly trained dog may only receive this stimulus a small handful of times in his entire life (most during the initial week of training).

In exchange for this handful of negative experiences your dog will obediently stay in his own yard and avoid the possibility of truly serious injury or possible death from getting hit by a car. In addition, your dog will avoid spending endless hours at the end of a cable or chain or prison-like confinement in a pen.

But I Already Have A “Real” Fence

The next question is why would I need this if I already have a real fence? The answer to this is that you may not need one after all, but you may wish to for several reasons. You may not need this option if your dog stays in the yard and probably would not run off if a gate were left open. 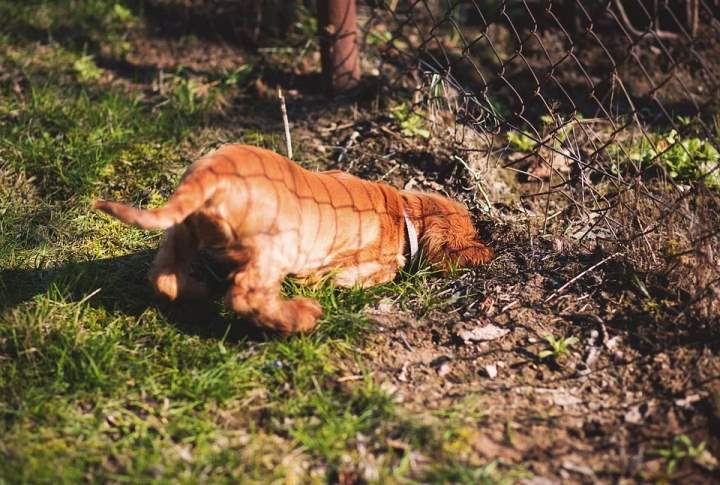 But, many dogs only see a traditional fence as a puzzle to solve. They either figure out a way to dig under, jump over, or chew through a traditional fence. I owned a dog years ago that was able to pull apart a chain link fence and break the welds of welded wire fencing. This dog did incredible things when a storm was approaching. This same dog even learned to vertically climb many fences. Another dog I owned, a medium sized dog of just 35 pounds, could jump up and look my 6’3″ and 6’5″ sons in the eye. A regular fence was nothing to her.

Even if a traditional fence successfully contains your dog, the owner may choose to add an underground fence in order to take advantage of some of their benefits. An underground fence can add access to the front yard for your dog and will prevent your dog from running through an open gate.

There are many things to consider when deciding to own a dog, and one of the most important is how you will be able to contain him or her safely in your yard. It is no longer a choice just to open the door and let him run. Responsible pet ownership requires more today than in the past, as it should. 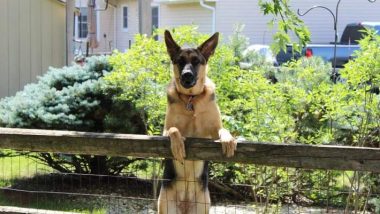 Be A Better Neighbor With A Dog Fence 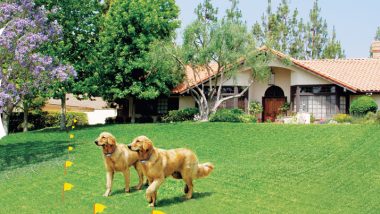 Keep Your Dog In With An Invisible Fence 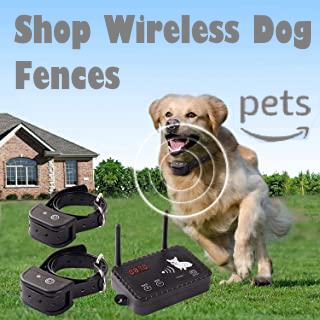 Be A Better Neighbor With A Dog Fence

Keep Your Dog In With An Invisible Fence